Oliver Howard, 32, gestures angrily at Santa Cruz police officer Ryan Kiar, after Kiar unsuccessfully attempted to stun Howard with his Taser during an altercation next to the Santa Cruz County Courthouse on Water Street in Santa Cruz, California as a bystander looks on. Officer Kiar believed Howard was under the influence of narcotics and prevented him from returning to the wheel of his car after Howard initiated an interaction with Kiar while he was making an unrelated traffic stop with another motorist. The two argued while Kiar waited for backup and the situation escalated when Howard physically challenged the officer. Once backup arrived Howard was stunned and handcuffed. Howard was arrested on suspicion of resisting arrest, battery on a police officer and driving under the influence of drugs.
Photo by Shmuel Thaler
shmuel_thaler@yahoo.com www.shmuelthaler.com 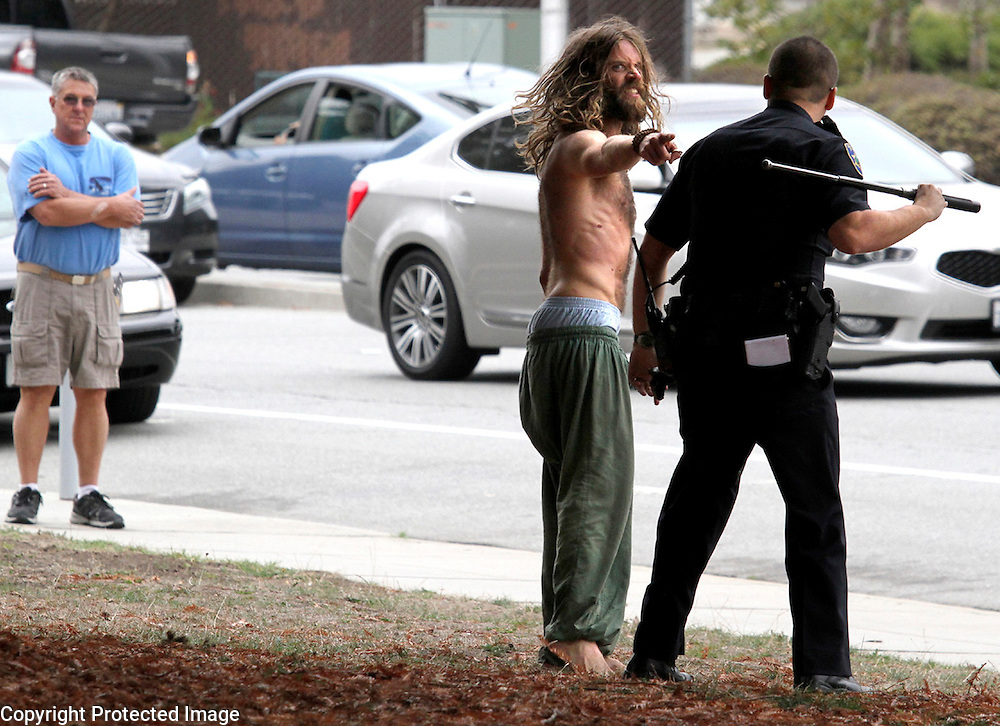