Humans flock to the SS Palo Alto, commonly known as the Cement Ship, at Seacliff State Beach to witness what looks like an avian invasion on Thursday. The Palo Alto was a concrete ship built as a tanker at the end of World War I by the San Francisco Shipbuilding Company at the U.S. Naval Shipyard in Oakland. Launched on May 29, 1919, too late to see service in the war, the ship was mothballed in Oakland until 1929, when she was bought by the Seacliff Amusement Corporation and towed to Seacliff State Beach in Aptos, California. A pier was built leading to the ship, and she was sunk a few feet in the water so her keel rested on the bottom. There she was refitted as an amusement ship, with amenities including a dance floor, a swimming pool and a café. The company went bankrupt two years later and the ship cracked at the midsection. She was stripped of her fittings and left as a fishing pier. Eventually the condition of the ship deteriorated to the point where it was unsafe for even this use and was closed to the public. Today she remains at Seacliff Beach and serves as an artificial reef for marine life.
Photo by Shmuel Thaler
shmuel_thaler@yahoo.com www.shmuelthaler.com 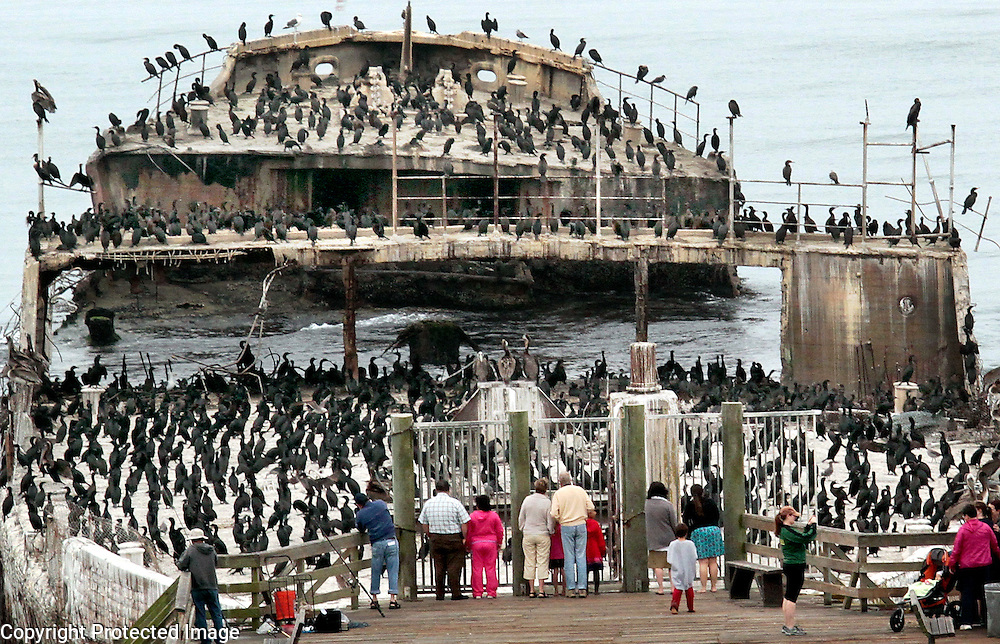